Kent was named DuPage County Bar Association's 2017 Lawyer of the Year.  In March of 2016, he was named one of the top ten personal bankruptcy attorneys in Illinois by Leading Lawyer Magazine.  Kent has been rated the prestigious AV Preeminent by Martindale-Hubbell.

Kent grew up in Naperville, Illinois.  He and his wife, Mary, live in Aurora, Illinois, and have three adult children.

Kent graduated from Carthage College in 1974 with a Bachelor of Arts degree.  He obtained his law degree from Nova Southeastern University of Law in 1977.

Kent has practiced bankruptcy law for over 35 years. He represents clients in Chapters 7, 11, and 13 of the U.S. Bankruptcy Code and in non-bankruptcy workouts and reorganizations. His clients include both consumers and businesses, for debtors and well as creditors. Kent is experienced in all facets of bankruptcy litigation, having represented both plaintiffs and defendants in lawsuits arising out of the bankruptcy process. Several cases in which he has represented litigants have been chosen for publication by the U.S. Bankruptcy Court.

Professionally, Kent has been and continues to be extremely active in the DuPage County Bar Association.  He is a Past President of the DCBA, having served as its President from June of 2009 through June of 2010. He also served as the President of the DuPage Bar Foundation, the charitable arm of the DCBA.  Kent has previously served the DCBA as a Director for five years and has served on the Planning Committee, the Budget Committee, and the Executive Committee.  As the Chairman of the Judiciary Committee, he participated directly in DCBA's investigation and evaluation of applicants for DuPage County judiciary positions. Kent also has been a pioneer for certain DCBA initiatives, including having helped to establish the its very first Bankruptcy Law and Practice Committee and serving three separate years as its Chairman and as well as having helped to establish its Senior Lawyers Division and serving as its inaugural Chairman.

Kent has been a Delegate to the Illinois State Bar Association's Assembly, its supreme policy-making body akin to a legislature comprised of approximately 200 lawyers statewide, as a representative of DuPage County.  He also served as the Chair of the Bankruptcy Subcommittee of the ISBA Section Council on Commercial Banking, Collections, and Bankruptcy Law. In 2015, he was elected to the ISBA's Board of Governors as the 18th Judicial Circuit Representative.  In that role, he has been the Board Liaison to several different Section Councils and various Committees of the ISBA.  Mr. Gaertner has served as a Hearing Board member for the Illinois Attorney Registration and Disciplinary Commission.  He is also a member of the Kane County (Illinois) Bar Association and the Florida Bar. 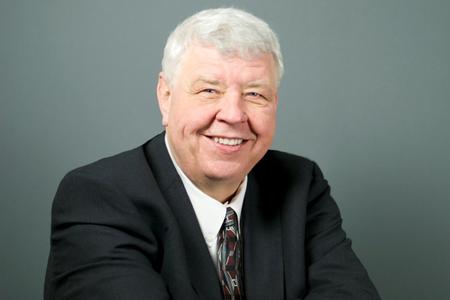